the population of the uk

The population of Britain is always steadily rising. In the 50's and 60's, this was more due to natural change - ie. more births than deaths. However since the 80's, migration into the country has been the main contributing factor to the rising population. For example, between 2001 and 2004 net migration accounted for two thirds of the population increase.

Changes in birth and fertility rate 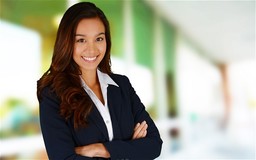 In the last century, as a whole birth rates have been declining. There have been fluctuations though - for example the baby booms after the wars. In 2004, 716,000 children were born, which is 34% less than the amount of babies born in 1901. There are a number of reasons why the number of births in this century is lower than the last, and they are;
Fertility rate generally looks at the amount of births per 1000 women of child bearing age. For example, in 1900 there were 115 live births per 1000 women, compared to only 54.5 per 1000 women in 2001. Another way of looking at this is to look at the average number of children each woman has.

There is evidence to suggest that women are delaying having families. Changes in fertility rates show that women are having babies at a much older age than previous generations. The average age of married women giving birth has risen by 6 years, to aged 30 since 1971.  The highest rate of fertility is now found between the age groups 30-34, and there has been a 7% increase in women giving birth between 35 and 39, and women giving birth over the age of 40 has doubled in the last twenty years. There are a number of explanations for this;
The recent anomaly trends in slight rising in fertility rate has been put down to the number of immigrants entering the UK who tend to have larger families.

There is evidence to suggest that the declining fertility rates have encouraged the decline of the 'full time mother' figure role of women and encouraged the growth of 'dual-earner' families. Over 60% of families with children now combine jobs and family life, this involves women who also work part time and contribute to the household income. 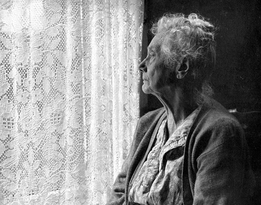 In recent generations, the death rate has been declining, and life expectancy has been getting longer - contributing to the growing population of the UK. In 1851, the life expectancy in the UK was 40 for males, and 44 for females. Now, children born in 2004 have a life expectancy of 78. This has been a result of the improved public health care, medical technology and practice, rising living standards and better welfare facilities. It is important to note that life expectancy does differ from regions in the country. There is also evidence to suggest that social class and ethnicity may affect life expectancy too.

The longer life expectancy has led to an 'ageing population'. There is an increasingly large number of residents aged over 65, and decreasing numbers of people under the age of 16.  This has led to an increasing demand on health and care services, which is something the country actually struggles to deal with. There are a number of increasing elderly one person households, with 14% of all households in 2005 being this type. Women aged over 65 are more likely to live alone than men because of their longer life expectancy, and in 2009 59% of women aged over 75 were living alone. Debate Topic: What are the implications of this?

Although elderly people are living alone, this does not mean they are isolated. Evidence suggests they have regular contact with extended family. Janet Foster (1990) found that adults chose to live only a few streets away from their parents and other close relatives such as grandparents. Other research by Phillipson and Downs (1999) and O'Brien and Jones (1996) found that children and grandchildren saw elderly relatives on a regular basis. ONS srvey data found that 61% of grandparents saw their grandchildren atleast once a week. Many elderly relatives are using recent technology such as social media and emails to keep in contact with grandchildren. Brannen (2003) notes that the ageing of the population has led to the new 'four generation family' known as beanpole families. 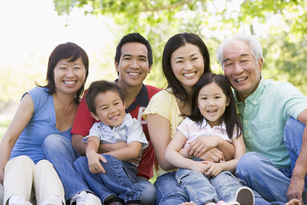 Historically, the population of great britain was traditionally made up of white british ethnic background. However, since the 1950's migration has produced a number of distinct minority ethnic groups in the UK. In 2001,  88% of the population where white, the rest were ethnic minorities. 'White Other' was the majority, with 2.5%, followed by indians with (1.8%) and pakistanis (1.3%). Migration during the latter part of the 20th century has also lead to great religious diversity. in 2001, christians made up 71% of the UK, followed by 3% muslims, and 1% hindu's.

Afro-Carribean Families
There is evidence to suggsest that african caribean families have a different structure to white families. African-Carribean families have a larger percentage of one parent families, with over 50% being a one parent family. Rates of divorce are also higher, but there is a history of women choosing to live independantly from their parents father. Berthoud notes two important and increasing trends.
These trends suggest that african carribean women are avoiding settling down with the fathers of their children, and berthoud (2003) suggests that the attitudes of young african carribean women are characterized by modern individualism, they choose to bring up their children alone for two reasons;
Asian Family Life
An esssex study found that pakistani and bangladeshi families are more likely to live in the old fashioned nuclear familiy set up. Although 33% of asian families also tend to live in extended families. Berthoud argues that asian families are more traditional in their family values, marriage is highly valued and there is a very low rate of divorce in Asian families. Marriage within asian families is very often 'arranged',  and there is very low inter-cultural marriages within this ethnicity. Relationships between parents and their children are also very different compared with white families. Children are made to respect their culutral and relgious heritage, and feel a strong sense of duty and obligation to assist the extended kin in financial and social ways. Such obligations may include sending money to family abroad etc.


Class Diversity
Rapport et al (1982) suggest that there may also be differences between middle class and working class and their family structures. Some sociologists argue that middle class parents are more child centred than working class. They supposedly take a greater interest in their childs education and consequently pass on cultural advantages in terms of attitudes, values and practices. However, critical sociologists argue that working class families are just as interested in their children, but material deprivation limits how much time, and how much they can give their children. Therefore, working class childrens experience is likely to be less satisfactory because of family poverty, poor schools and lack of material support.

Sexual Diversity
The New Right Movement have expressed concern at the increasing of same sex couples who are cohabiting and having children together through adoption or IVF methods. in 1999 it became law that a homosexual couple can be legally defined as a family, and the government is now looking into legislation which will mean that long term same sex partners will have smilar rights to heterosexual married couples in terms of inheritance of properties etc. There have been a number of studies of homosexual couples with children, and that children born in a homosexual household were just as likely to turn out heterosexual has much as a child raised in a heterosexual household. Dunne (1997) argues that children brought up by homosexuals are more likely to be tolerant, and see sharing and equality as important features of relationships with others.