Why is culture the way it is? 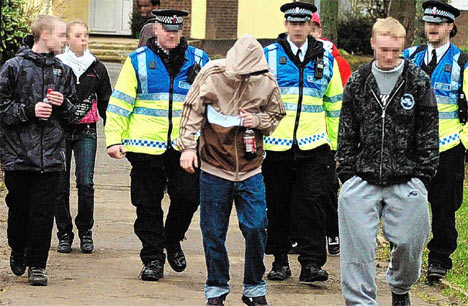 There is a general belief in society that culture is getting worse, and this isnt a new idea. Matthew Arnold (1869) argued that low culture was taking over, and that high cuture is in decline. Because of this, less people are exposed to high culture and the cycle continues. The cultural decline argument says theres a cycle of degradation.

However, critics argue that this is an elitist, and snobbish argument which enforces the idea that some people in society are better than others.

Marxists argue that society is tricked into accepting the idea that everything in society is just fine by popular culture. Marxists from the Frankfurt School decided that the mass media was the main way of transmitting capitilist ideology. They argued that mass culture helped capitalism to oppress the working classes by destroying community and individuality. It also helps encourage acceptance of authority and discourages people from thinking for themselves. In this way, capitalism uses mass culture to prevent revolution from ever happening. Some examples the frankfurt school use are;

Marxists argue that capitalism creates a false need and commodity fetishism.  Capitalism is based on selling things, and according to Frankurt School sociologists, Mass Culture encourages you to think you 'need' things which you dont need atall, for example the newest phone, ipads. Commodity Fetishism is the obsession and burning desire to own these things that you dont need, for example everyones obsession with the newest iphone. Golding and Murdock (1991) suggest people buy these products because capitalism promotes goods via the media. According to Marxists, the clever trick is that capitalism creates desires that only the capitalism can satisfy.

However, not all marxists agree....

The italian thinker Antonio Gramsci (1891-1937) said that the idea of a single mass culture was too simplistic. He thought that capitalism creates a big dominant culture. He called this 'Dominance Hegemony'.  Gramsci believed that capitalism had to tolerate some oppositional cultures, rather than to 'stamp them out'. By allowing opposition to exist, capitalism could create the illusion that it was a fair and free system.

Marxists see the mass media as promoting capitalism, Feminists argue that mass media promotes sexism and gender roles. Various research was carried out between popular culture and gender socialisation in the 70's and 80's.

In sociology, modernism refers to the classical sociological approaches - functionalism (durkheim) and marxism. These two theories dont agree about everything, but ave some very similar basic beliefs about culture.


However, modernism had two opposing views of culture.

Marxists believed that culture controlling people was a bad thing. Marxists believe that culture creates false conciousness, and that culture is all set up to reinforce class structure and to distract the working classes from realising theyre being oppressed. However Durkheim saw this 'control' as a good thing - culture is a glue that holds people together. The structure and control helps keep society flowing smoothly without revolution. It socialises people into appropiate behaviour.

However, postmodernists dont believe that culture helps unify society. They believe that society is increasingly diverse. Stuart Hall (1992) argues that diversity results in fragmented identities. People can construct their personalities from a range of different cultures, and layers of identity can include nationality, gender, ethnicity, and political beliefs. Hall links this with the new rise of new social movements, such as black equalitity and feminism. As a response to cultural globalisation people have constructed new identities, such as 'black british'.

"Assess the view that culture helps to unify society" -24 marks.
Work as a class to create an essay plan. Set as homework.
Powered by