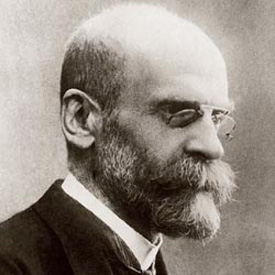 Emile Durkheim was one of the founders of sociology, and his view is that society is made up of various insitutions, each of which has a usual function. Functionalists look at how insitutions in society and work and how they affect individuals. For example;


Functionalists believe these structures help aid the smooth running of society. Durkheim believed individuals internalise the norms and values they learn, thus leading to concencus - the sharing of norms and values in culture.

Interpretivists believe that culture is determined by the behaviour and interactions of individuals. They focus heavily on individual free will. Theories like this are called action theories - ecause they emphasise the action of the individual as opposed to structural theories which focus on structures of societies.

Interpretivists state that all individuals interpret society around them, and try to make sense of it. They say that culture comes from peoples own ideas of how they interact with eachother. The theory states that we all respond to social structures in our own individual way,  we arnt just products of socialisation - we have free will, and the choice on what to believe in.

An example of results from individual choice is 'large scale social change'. For example, gender roles in the home. Women deciding they wanted to work outside the home, leading to an increase in men taking on childcare and housework. It has become acceptable for men to take on more feminine roles in the household which wasnt usually 'normal'.

An example of the labelling theory is the self fullfilling prophecy, for example education theory. When someone is told that they are a bad student, they may go on to actually be a bad student if they choose to accept this label. Very strong labels can take on 'master status' and replace an individuals other labels. If they choose to believe this label, they may go on to act like this label.